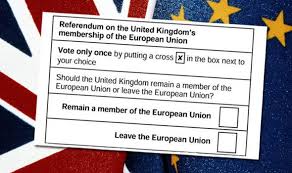 The only constant in life is change. If anything proves the truth of this saying, it is British politics. Although many regard the recent chaotic shambles, barefaced lies and back-stabbing intrigue of Brexit as a sure sign of the weakness of the British political system, it is not. It is a shambolic yet important example of the very real strengths of Britain’s unwritten constitution.

The reason is clear: any unwritten set of rules is more flexible and adapts to reflect the wishes of the people far better than any written constitution set in stone.

Professor Vernon Bogdanor (Research Professor: Centre for British Politics and Government at King’s College, London) once said he made ‘a living of something that doesn’t exist’. He also quipped that the British constitution can be summed up as: ‘Whatever the Queen in Parliament decides is law.’ This is basically true – and Brexit has suddenly brought the shadowy patchwork that represents the British constitution to public attention.

The late Tony King (former Professor in the Department of Government at the University of Essex), a well-known election-night commentator for the BBC, concluded: ‘The British constitution is a mess, but it’s a mess that works because it can evolve as society changes.’ He was adamant that we should leave well alone, because any attempt to draft a set of rules – creating a ‘written Constitution with a capital C’ – might only make matters worse. 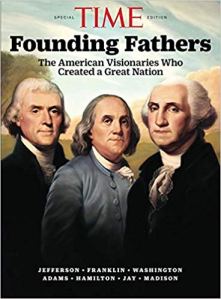 For example, what exactly did the famous Founding Fathers of the United States of America come up with 232 years ago in their famous 1787 written Constitution on contentious subjects like abortion, slavery and the latest – the 27th Amendment – which prohibits laws on ‘delaying new Congressional salaries from taking effect until after the next election of Congress’? In the British context, would MPs’ salaries really require an amendment to a national constitution?

Nevertheless, only four other countries have unwritten constitutions: Israel, Canada, New Zealand and Saudi Arabia. Of those, the British constitution is regarded as unique. Two questions then arise:

British history has been a long and bloody tale, characterised by a simmering state of rebellion, insurrection and even revolution. The Norman barons first clipped the King’s wings in the Magna Carta, signed at Runnymede in 1215. Wat Tyler’s Peasants’ rebellion of 1381 – with its catchy slogan, ‘When Adam delved and Eve she span, who was then the gentleman?’ – demanded a reduction in taxation, an end to the slave labour of serfdom, and the removal of the King’s corrupt lawyers and officials: it changed how England was ruled. The battle for control culminated in cutting off King Charles’s head in 1649 for trying to rule like a dictator and causing a civil war. Historically the English have always – eventually – rebelled against unjust authority and the abuse of power.

The ‘Glorious Revolution’ of 1688, when Parliament kicked out the last Stuart King and invited a foreigner to reign, can be seen as the root of today’s modern constitution. The 1689 Bill of Rights is still the bedrock, even today, of the UK’s constitutional arrangements. That Act settled the primacy of Parliament over the monarch, providing for the regular meeting of Parliament, free elections to the Commons, free speech in parliamentary debates, and some basic human rights, such as freedom from ‘cruel or unusual punishment’. It also sets out the need for ‘the Crown’ to seek the consent of the people, ‘as represented in Parliament’.

So, from the 17th century onward, the primacy of Parliament and the liberties of the subject have been set out, not by a set of constitutional rules, but by the law.

Since then there have been at least three massive changes that have changed British society: the long and interlinked industrial, political and social revolutions, all of which have been reflected by changing parliamentary laws. Those laws have modified the UK’s political arrangements over the years to reflect the real changes in society. In that legal flexibility and ability to react to change lies the real strength of Britain’s unwritten constitution.

The present Parliamentary shenanigans over Brexit are a perfect reflection of both the problem and the solution. By pitting Parliament against the people, the squabbling MPs are merely reflecting the deep divisions in society at large. Rarely has public disillusionment with Britain’s warring two main party-political tribes been so deep and angry. Tribal loyalties may sustain the political status quo temporarily, but ignoring the wishes of the majority of taxpayers and voters will not solve the problem.

The great tectonic plates of Britain’s constitutional arrangements are shifting before our eyes, never mind beneath our feet. It is quite clear that Britain is changing and the two main parties, and indeed the electorate, are splintering into at least four different parties (Labour Remain/Labour Out and Conservative Stay/Conservative Quit) plus God knows what other mix of single issue, special-interest groupings from the Greens to the SNP.

This political dogfight is potentially extremely dangerous. Pitting the people against the Parliament and ignoring the voters’ wishes can only end in tears. Historical precedent shows that unresolved politics of this kind tend to make a nation essentially ungovernable by consent. Once trust has been lost in normal politics, many turn to darker forces.

It is all too easy and convenient to forget the foment of the 1930s, when large sections of British society and political elites were drawn to – and openly supported – Sir Oswald Mosley’s Nazi solution to the nations’ economic problems. It took a revolution in British life, in the form of World War II, to restore national unity.

If we go back to 1911 there is an earlier revolutionary change in British politics, which was swiftly resolved by an unwritten constitution enshrined in laws. When the House of Lords’ rejected Chancellor of the Exchequer, David Lloyd George’s ‘People’s Budget‘ in 1909, the House of Commons demonstrated its dominance over the Lords by holding new elections and tabling a Parliament Act to limit the power of the Lords. The peers threw it out. Following a snap general election, the Act was passed in 1911 with the support of King George V, who threatened to create enough new peers to outvote the Conservative majority in the Lords. This was nothing less than a constitutional revolution, solved by using new laws to change the balance of power.

Something equally drastic may be needed to undo the damage of Brexit. We should not under-estimate the potential trouble that could lie ahead. Brexiteer peers warned Remain-backing MPs they risked the possibility of a violent uprising by voters if they refused to accept the result of the 2016 EU referendum. Lord Lawson, the former chancellor, said there was a danger of a ‘very ugly situation’ arising because ‘insurrectionary forces’ could be left feeling ‘they cannot trust Parliament’.

A worried Lord Forsyth, a former Conservative Scottish Secretary, in April 2019 said a ‘revolutionary action’ had taken place in the Commons. Today, we are actually living through Britain’s long-running constitutional revolution. Whatever your personal views on Brexit, we should all be deeply concerned at the rift between Parliament and the people, specifically Westminster’s refusal to accept the people’s judgment in the referendum, despite clear promises to abide by it by successive Prime Ministers.

It’s not just the rat-infested, antiquated House of Commons that is letting us down with its squabbling MPs, but a Prime Minister who has lied consistently to the voters. Who can trust any politician these days? That’s a serious challenge to the way UK is governed. The question can be easily summed up: do the political elite still believe in people’s democracy – or do they have the power to overturn the result of an election majority?