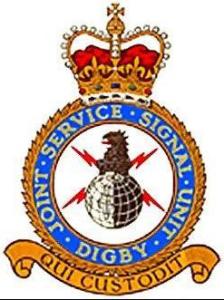 I first met Mike Dawkins when I landed at Stanley in July 1982 to take over from David Burrill as Head of Service Intelligence in the Falkland Islands. Mike was Head of the Joint Services Signal Unit and we agreed that, provided he kept me informed, I would not trouble him. I knew from GCHQ that things were going well and with Jim Hammond, his Number Two, we had an amicable and sound personal and professional relationship.

However the problem with Siginters is that they rarely, if ever, come into contact with ‘the enemy’. Just before Mike left to return to UK he remarked wistfully that he always wondered about the Sovs.

As I was billeted with the Stanley Harbour Master, Les Halliday, we decide to give him his chance. Suitably dolled up in an (incognito) assistant Harbour Master’s uniform he set out in the pilot boat with Les to check on one of the several Soviet AGIs masquerading as trawlers off shore, busy hoovering up our transmissions.

Things did not go quite according to plan. At the AGI’s gangplank he was greeted to his astonishment by the beaming Soviet skipper with a smart salute and ‘Major Dawkins! So nice to put a face to the name.’

He was then escorted to the captain’s cabin and feted with cakes and coffee. After an exchange of pleasantries he was escorted back to the pilot boat and the skipper of the AGI thrust a bottle of Crimean champagne into his hands with the words, ‘And this is our gift to Major Hughes-Wilson. Please to give him our best wishes!’

It was a slightly stunned Mike Dawkins who later reported back to J2 at Stanley HQ. As we drank the Russian champagne he kept muttering, ‘I don’t believe it. How did they know?’

I briefed the General and his Chief of Staff, Roger Wheeler, later. They fell about laughing. ‘So much for DI 24 Security.’

I don’t think Mike ever fully recovered from being rumbled…

And here is the bottle (see right).