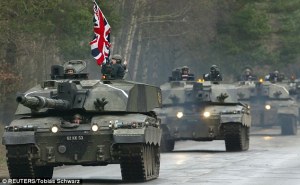 The following letter from John Hughes-Wilson was published in The Telegraph on Saturday, 29 June 2019, in response to an article entitled ‘British troops must have better legal protection, say Boris Johnson and Jeremy Hunt‘ by Anna Mikhailova, the newspaper’s deputy political editor.

Letter to the editor

‘The crass equating of soldiers doing their duty with criminal terrorists has done far more damage than people realise.

‘The result of this weak political leadership is that now almost all service personnel do not trust the MoD’s civil servants or politicians.

‘The armed forces have no separate votes or political clout, and so can be run down, exploited and used as political [mainly Treasury] pawns, with little fear of reprisal.

‘The military now feel they have been hung out to dry by political calculation.

‘Serving senior officers are reluctant to speak out, because they will be instantly muzzled or sacked by politicans.

‘This distrust of politicians will take a military generation to expunge and means that the ‘Military Covenant’ is just a piece of window dressing for cheap headlines.’