The word ‘barbarian’ comes from Greek and simply means ‘uncivilised foreigner – person not like us’. Today Europe faces an invasion of people ‘not like us.’

There is a warning from history. Rome may not have been built in a day; but it didn’t fall in a day, either. By 400 AD the rich, self-indulgent Romans ignored the danger until it was too late. Beyond the Rhine and Danube, Europe was invaded by millions of refugees, poor, hungry immigrants, determined to get to the fleshpots of Europe, away from the bloodthirsty hordes bearing down from Asia.

The Huns, fleeing from poverty and a savage enemy, were economic migrants, determined to find a better life west of the Danube. But immigration was to spell doom for Rome. There were several reasons for the fall of the Empire, each one interwoven with the other; even Christianity contributed to the decline by encouraging pacifism. By 400 AD very few Romans wanted to be a soldier and defend the empire’s borders. 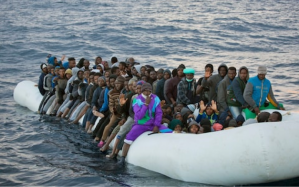 Sounds familiar? The fact is that Europe today is facing just such an invasion. Millions of Africans immigrants will flood Europe unless it acts now, warns the European Parliament. This dire prediction is echoed by the Mayor of Lyon. ‘People do not want to live together … It’s difficult to estimate but I would say that in five years the situation could become irreversible. We have five, six years to avoid the worst.’

Europe is sleepwalking into a complete re-ordering of society from unchecked mass immigration in the next thirty years. The demographics are alarming. ‘Millions of Africans’ will flood the continent in the near future unless urgent action is taken. A spokesman for the EU parliament warns that there would be an exodus ‘of biblical proportions that would be impossible to stop if we don’t confront the problem now’.

Population growth, climate change, desertification, wars, famine in Somalia and Sudan. These are the factors that are forcing people to leave.

When people lose hope, they risk crossing the Sahara and the Mediterranean because it is worse to stay at home. If we don’t confront this soon, we will find ourselves with millions of people on our doorstep within five years.

Today we are trying to solve a problem of a few hundred thousand people, but tomorrow we need to have a strategy for millions of people.

The problem is simple; dirt poor many Africans may be, but thanks to the new digital age many of them have televisions and smart phones. They can see the fleshpots of Marseilles, Brussels, Paris, Rome and London. They can see Nike trainers, free handouts, free houses, free benefits and the good life all paid for by the European taxpayers – and they want some, rather than a mud hut and no running water in their neighbourhood. The result is that Europe is facing a migration not seen since the Dark Ages. 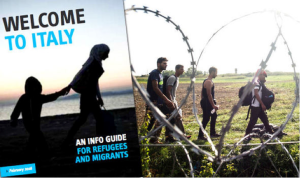 Opinion is split on how to deal with this unprecedented invasion. Many Europeans, from Stockholm to Seville, are deeply alarmed and resentful. Others, guided by Frau Merkel’s admission of a million refugees from Syria, are sympathetic and even welcome the invaders. For example, there is now a handy 76-page booklet handed to migrants to evade EU borders. This comprehensive guide is being given to migrants arriving in Italy, giving them tips on how to travel through the promised land of Europe.

The 76-page manual lists train routes, bus routes and maps of road networks for would-be asylum seekers to make their way across the continent without being stopped. The guide, entitled ‘Welcome to Italy and Europe’, hands out tips on how migrants can register and travel to anywhere in the EU regardless of where they first entered and how to avoid the law.

The comprehensive list also offers migrants detailed information on rest stops and food stations, train routes, fares and travel timetables.  It has been described as a ‘complete invasion plan’ for Europe by furious lorry drivers who face daily break-ins to their freight as they travel across the continent. In a chilling warning, worried British politicians raise security concerns that the guide is encouraging people smugglers linked to Islamic State (ISIS), who are already making millions from the escalating migrant crisis.

Since 2015, Brussels has struggled to cope with this influx, increasing funding for border patrols in the Mediterranean, devising plans to fight migrant smuggling and proposing a new quota system to relocate asylum seekers among EU states for processing of ‘refugee’ claims, and to resettle genuine asylum seekers. 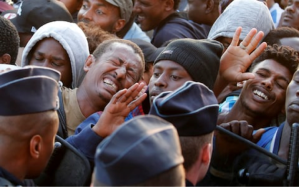 Not everyone agrees. Individual countries have re-introduced hard border controls within the Schengen Area and rifts have emerged between countries willing to allow asylum seekers entry and other countries determined to discourage them. The Balkan Visgrad four steadfastly refuse to take any EU ‘quota’ of migrants. Hungary’s Prime Minister Viktor Orbán points out that it took his country 400 years to get rid of the mosque and they don’t want any new ones now, thank you very much, and to hell with Brussels.

He has a point. Mass immigration is changing European societies for the worse. Many commentators now believe that thanks to too many immigrants, Sweden is a lost cause, with massive social unrest thinly concealed beneath a figment of normality.

France is however the most vulnerable EU country. With its population of North African Muslims, the nature of French society is changing overnight. Already France has a population of 6 million Muslims – and it is growing fast. Many Muslim families have five children, at a time when the French birth rate is 1.1. France can therefore expect a Muslim population of 13 million in 2050, or nearly 20 percent of the population.

The impact on society will be profound. Already France has major no-go Muslim areas, mainly in the poorer Paris suburbs, the banlieues. Towns like Marseilles are recognisably Muslim already, with mayors warning that ‘teaching Arabic will create more ghettos.’ More worrying, most terrorists have been French citizens. The reality is that extremist Muslims in France are creating an alternative society, parallel, separate. The danger now is of separate development and ‘internal secession’. The impact on politics, social cohesion and French life can only be guessed at.

Elsewhere others too are warning of the dangers of uncontrolled migration. Britain is not immune either; towns like Leicester, Luton and parts of London have already been colonised by immigrants. By 2100, Muslims will compose about 25% of Europe’s population. Czech Republic President, Milos Zeman has said it is ‘practically impossible’ for Muslims with their Sharia law to integrate into the democratic societies of modern Europe. Zeman, a political liberal, also blamed the notorious New Year’s Eve sex attacks in Cologne, Germany, on ‘Muslim culture.’ 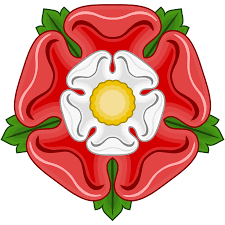 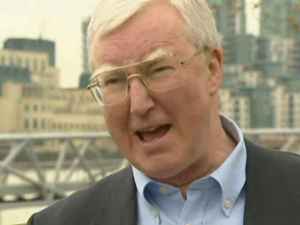